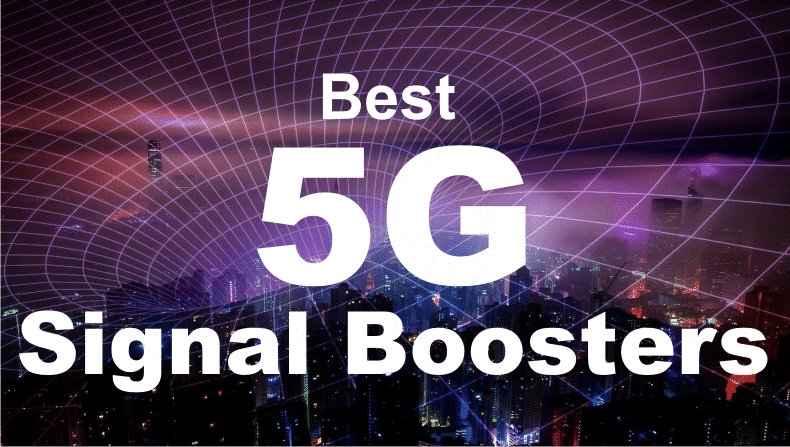 5G is yet to be launched formally in the United Kingdom and we are talking about the 5G Mobile Signal Boosters. Doesn’t it sound weird and irrelevant at this point in time? Actually, NO, it is not irrelevant and weird, because behind the hype which is been created by the tech world about 5G there are many other things which you should know before you upgrade your 4G connection to 5G connection.

Before understanding why you need a 5G signal booster it is important to understand what actually is 5G?

To put it in simple terms 5G is the fifth generation of the cellular technology which would be at least 10 times faster than its predecessor 4G.

The Difference between 4G Signal and 5G Signal?

There is a lot of hype already in the mobile communication industry about the 5G and people have very high expectations from the 5G. It is expected to surpass existing 4G LTE, but not much can be said yet. There many limitations in the 5G like the coverage, topography, population density, usability, cost, etc. On top of that, there are many international governing bodies that set the standards for the development and use of every technology in the world.

In initial tests of 5G, there were reports of birds dying in the areas where 5G was tested, so the governing bodies would make sure that the 5G technology doesn’t harm nature and human lives. So, they might set standards for the speed limits, placement of the masts, number of users on one mast, etc.

4G was launched in 2007 and after 13 years in 2020, it is expected that the 5G will be launched. The Ultra HD, 3D videos, Smart homes, Self-driving cars, etc., all require high-speed and reliable internet connectivity. 5G would help these improve their performance. This would have a profound effect on our everyday life and obviously our dependency on mobile technology would be increased.

Currently, the telecom companies which are promoting 5G E are not actually 5G, rather it is the advanced version of 4G called 4G LTE. And this 5G E is just marketing by the cellular carriers.  Remember 5G is not yet launched officially by any country and any mobile service provider.

The state of things right now is of uncertainties because ITU (International Telecommunication Union) and 3GPP (3rd Generation Partnership Project) are yet to give an official guideline of the standards for 5G. However, these governing bodies are planning to set the guidelines this year i.e., 2020.  So, we can expect the announcement of the 5G launch anytime soon.

The lesser latency which 5G offers would make the downloads of HD movies a matter of seconds.

In simple terms, 5G will improve your download speeds on mobile internet. Also, the live streaming of the videos will be faster and without buffer. You can watch live matches in real-time on your mobile phones, your video chats would be real-time and high quality. With 5G you will be able to download and upload a vast amount of data in very less time as compared to the 4G.

The 5G technology will see mobile manufacturers develop new smartphones supporting the 5G. Other companies like router manufacturers and modem manufacturers would make more advanced devices to match the speed of the 5G for providing internet to the users. Wearable 5G gadgets such as smartwatches, fitness bands, etc., will also be manufactured to work on the 5G network.

The introduction of 5G will be the need for a new breed of mobile phones and some will have multiple inbuilt antennas. Probably there would be mobile phones which would support both 4G and 5G networks.

When to Expect 5G?

Experts anticipate the official deployment of 5G in the middle of this year i.e., around June 2020 in the UK. Initially, only the major cities would be covered and later on the 5G services will be rolled to the other cities in the country.

Like the 4G it would take years to be fully deployed in every nook and corner of the country. Mostly, the rural areas might still be covered under only 3G and 4G networks because of the lesser number of users and the high cost of deployment of 5G.

Do any of the Current Smartphones Support 5G?

The lack of an existing standard for 5G and a non-availability of a real 5G network means the mobile phones available in the market may or may not support 5G. Once the standards for 5G are set then the mobile manufacturers will start producing the 5G supporting mobile handsets which conform to the standards and specifications of the telecom authorities.

It makes complete sense to buy a new phone for using 5G once it is rolled out and you are sure of the brand and make of the phone you want to buy for use on 5G networks.

However, there are some phones available in markets that have been built keeping in mind that 5G will be launched soon and the devices should be supporting the 5G networks. But, if you remember when 4G was launched many phones which claimed to be supporting the 4G failed to work on the 4G networks.

Below are some phones that can register 5G E speeds:

Will 5G Mobile Signal Boosters Be Necessary With the Arrival of 5G?

Users who will switch to the 5G network from the 4G network would see a significant change both in terms of speed and reliability. But, still, there would be hindrances in between the 5G signal towers and the user’s mobile devices.

This is because unlike the 4G and other previous generations the 5G would work on the millimeter frequency which travels to a very short distance than the short-wave frequency currently used in the 4G and 3G technologies.

It means that the trees, building material, distance from the mast, hills, etc., would make it difficult for the users to remain constantly connected to the 5G signal tower.

Even the telecom experts project that signal blockage will be a major issue when it comes to enjoying 5G given the limitations and hindrances that are in place.

Many of the new homes have energy-efficient materials such as low-E glass, insulations, concrete walls, and other kinds of innovative building materials; that coupled with the geography of your location may necessitate the need to get 5G Mobile signal boosters.

The major difference between the 4G and 5G would be that we won’t see cell towers like we see today which broadcast 4G signals and 3G signals. The 5G network will be relayed across thousands of small antennas installed in different areas but with proximity to each other.

Users who will be near to these antennas would enjoy faster speeds without using a Wi-Fi network through 5G network coverage.

What Will the Arrival of 5G Mean for 5G Mobile Signal Boosters?

The availability of 5G is inevitable; it is only a matter of a couple of months now. But what all this means for the 5G mobile signal boosters? The future is promising for these devices since geography, topography, population density, and the building materials used for construction are some of the things that will reduce 5G signal reception because of the millimeter frequency this technology would be working on, thus certainly there would be the need for a 5G Mobile signal boosters for many users.

The existing 4G signal boosters will still be of great help because when the 4G signals fail the mobile devices automatically switch back to the 3G signals. Similarly, when a 5G signal would not be found, given the nature of the millimeter frequency they would be working on, the mobile device would switch back to the 4G network to make sure the user is connected to the internet. And in such cases, 4G signal boosters would of great help which enhances the 4G signal to give users high-quality voice, and internet data.

4G will still be there for a couple of more years, probably till the 6G is launched after a decade. The transition from 4G to 5G network will take time. And to put the infrastructure in place to offer 5G services nationwide is not a matter of days or weeks. It is going to take years to completely roll it out in every part of the country.

Will 4G Signal Boosters Continue to Work for 4G Networks?

Billions of pounds have been spent on the development of the 4G LTE frequency spectrums used today for voice, text, and data. It is naturally expected that the 4G frequencies will still be in use even after the deployment of the 5G technology in the UK so that phones fall back to 4G if there is weak or no 5G coverage in some places. Similarly, when today the 4G network falls back to 3G where 4G is not available 5G will fall back to 4G in the areas having low or no coverage of 5G.

Even 3G will also remain there for several years. Because it is going to roll out 5G networks nationwide would take years. Then the cellular providers would work on upgrading the 3G to 4G networks which again would take years to complete.

So, you can still enjoy your 3G and 4G signal boosters for many years to come without worries.