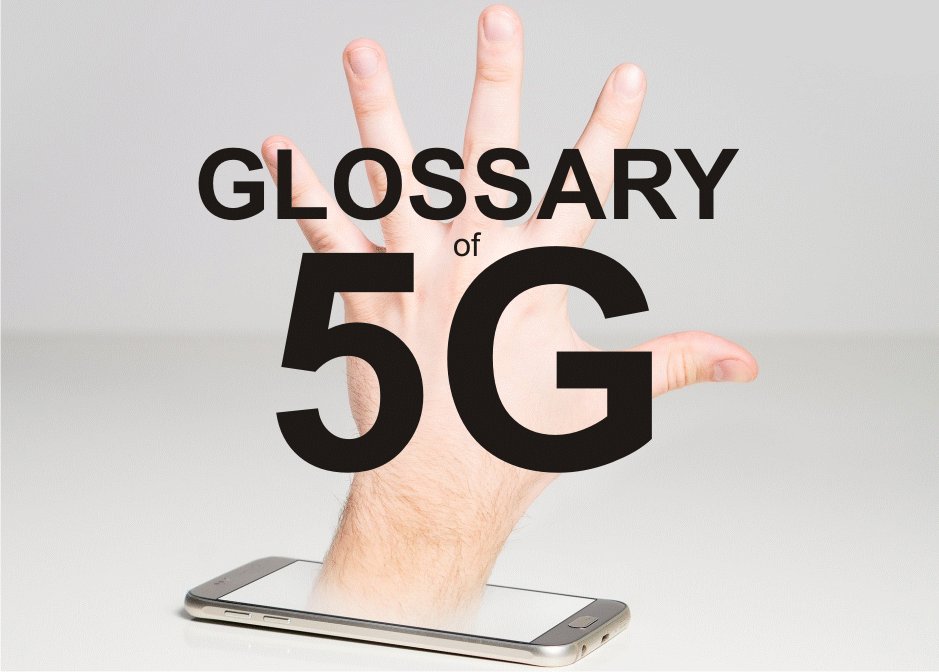 Since 5G is a very recent term which you might be hearing a lot nowadays, you probably want to know all the related 5G Terms. Understanding the 5G terms would make it easy for you to understand more about 5G technology and other important things related to 5G. So, below is 5G Terms Glossary as your easy and ready reference guide.

A 3GPP specified system that combines an Antenna Array with an Active Transceiver Unit Array and a Radio Distribution Network Unit.

An element offering applications that require dynamic policy and/or charging control over the IP-CAN user-plane behavior. The AF communicates with the PCRF to transfer dynamic session information, required for PCRF decisions, as well as receive IP-CAN specific information and notifications about IP-CAN bearer-level events. One example of an AF is the P-CSCF of the IMS core network subsystem.

One of three major components of a 5G system, defining all equipment within the access part of the 5G network infrastructure.

A unit of the telecom systems that processes baseband signals. It connects the core or backhaul network to one or more 4G RRHs. BBUs can be distributed (D-RAN) or centrally (C-RAN) deployed.

Uses multiple antennas to control the direction of a wavefront by appropriately weighting the magnitude and phase of individual antenna signals such that it becomes possible to provide better coverage to specific areas along the edges of cells. Beamforming algorithms can be used to reduce transmission interference from massive MIMO antennas by providing the precisely coordinated pattern through the air to each user, allowing the exchange of more data for multiple users at once.

One of the three major components of the 3GPP 5G system defining all equipment within the core segment of the network.

The signaling function of a 3GPP system; largely deals with non-packet forwarding functions including mobility management, connection establishment, QoS control, etc. With Rel-14 and Rel-15, 3GPP aims to separate the user plane and control plane functions respectively for the EPC (Evolved Packet Core) in LTE and the NGC (Next Generation Core) in 5G.

Refers to the separation of the Control and User Plane functions of an LTE EPC (Evolved Packet Core) packet-forwarding elements. These elements are the Serving Gateway (S-GW), the Packet Data Network (PDN), Packet Gateway (P-GW), and the Traffic Detection Function (TDF). With CUPS, a new control signal is also being defined between the control plane part and the user plane part of the split elements; this control signal is primarily used for session management purposes.

A traditional RAN architecture where a standalone base station has both the Baseband Unit (BBU) and the Radio Unit (RU) installed at a cell site. Also, base stations with a D-RAN architecture are generally installed inside of a medium or large building for stable power supply and air conditioning needs. The D-RAN base station will have a backhaul interface into the core switching center, terminating to circuit-switching and/or packet-switching core network systems accordingly.

A logical node hosting RLC, MAC, and PHY sublayers of the gNB, en-gNB, or ng-eNB. Its operation is partly controlled by the CU. One DU supports one or multiple cells. One cell is supported by only one DU. The DU terminates the Fronthaul High Layer Split (HLS) interface connected with the CU.

The specification of an internal radio base station interfaces establishing a connection between eCPRI Radio Equipment Controller (eREC) and eCPRI Radio Equipment (eRE) via a packet-based transport network. Three different information flows are being defined in this specification including eCPRI User Plane Data, Control and Management Plane data, and Synchronization.

A node providing NR user plane and control plane protocol terminations towards the UE, acting as Secondary Node in EN-DC.

E-UTRA (LTE) to NR Dual Connectivity. An architecture where both LTE eNodeB and NR gNB will be co-deployed, allowing the UE to simultaneously establish two radio bearers, each to the respective NodeBs.

A node providing NR user plane and control plane protocol terminations towards the UE, connected via the NG interface to the 5GC

A program led by Working Party 5D of ITU’s Radio Communication Sector (ITU-R) to develop ‘IMT for 2020 and beyond;’ sets the stage for 5G research activities around the world. The detailed investigation of the key elements of 5G is being realized through successful partnerships between ITU-R and the mobile broadband industry, as well as with key stakeholders in the 5G community.

A 4G mobile communications standard whereby users of the LTE network should see data speeds up to 10 times faster than 3G networks.

A mobile communication standard that brings major enhancements to the LTE standard; formally submitted to ITU-T in late 2009 as a candidate 4G system meeting the requirements of IMT-Advanced standard. LTE-A was standardized by the 3rd Generation Partnership Project (3GPP) in March 2011 as 3GPP Release 10.

Communication between machines, without human intervention.

The process of connecting cell sites (base stations) to network controller sites over wireline networks. Traffic engineering on such wireline networks is typically required to enforce the necessary quality of service.

This refers to a large number of antennas in the base station antenna array that enables multiple spatially separated users to be catered for by the antenna array at the same time and frequency resource.

Cloud computing at the edge of the network, performing necessary tasks closer to the end-users. This environment is characterized by ultra-low latency and high bandwidth, as well as real-time access to radio network information that can be leveraged by applications to improve the overall end-user experience, man or machine.

A high-frequency wave wedged between microwaves and infrared waves, in the millimeter band; considered to deliver faster, higher-capacity 5G services.

A large number of machines (things) within a specific area and communicating with application servers residing in a core network.

A network entity that exposes 3GPP core network capabilities to third parties, non-3GPP environments. NEF also provides security when services or Application Functions (AFs) access 5G Core nodes. It can be thought of as a proxy, or API aggregation point, or translator into the Core Network.

Typically referring to the new 5G systems or specifications.

Defines the mobile core elements of a 5G system.

A node providing E-UTRA (LTE) user plane and control plane protocol terminations toward the UE, connected via the NG interface to the 5GC.

Provides access to Packet Data Networks; responsible for dictating QoS and BW parameters in LTE, acts as IP router to mobile-specific tunneling and signaling protocols. This critical function will be replaced with UPF in 5G.

A remote radio transceiver that connects to a radio base station unit via an electrical or wireless interface. The RRH is usually installed on a mast-top or tower-top location and is physically some distance away from the base station hardware, which is often mounted in an indoor rack-mounted location.

The gateway that terminates the interface toward E-UTRAN. S-GW is responsible for handovers with neighboring eNodeBs, as well as for data transfer of all packets across the user plane from the eNodeB to the P-GW. It is also the mobility anchor point for Inter-RAT handover between different generations of mobile networks such as 2G/3G. This critical function will be replaced with the User Plane Function (UPF) in 5G.

5G NCG network entity handling the session establishment, modification, and release of the tunnel between UPF and AN node. It is also responsible for UE (User Equipment) IP address allocation and management; required to configure traffic steering capabilities at UPF to route traffic to their proper destination.

IEEE 802.1 TSN is a collection of specifications that enhance the functionalities of IEEE 802.1Q, IEEE 802.1 and IEEE 802.3. These enhancements collectively enable the creation of a Deterministic Ethernet switched network where fixed latency, low packet error loss rate, zero congestion, and high availability network could be achieved.

One of three major components of a mobile network, defining all user devices connected to the network, man and machine.

A core network function, where service functions like packet routing, and forwarding can be deployed in various locations or configurations. The UPF is the anchor point for any Intra-/Inter-RAT mobility. It also provides the Roaming Interface to a Visited Network UPF.